Those boss people who chill backstage and build stuff for plays. Stage crew parties are always much better than the cast parties because stage crew knows how to party with many of the things they have built for plays. Stage crew is also in charge of the prop house, which includes cleaning and organizing it, which is a pain in the butt, but they still have fun finding many old props such as sparkles, seahorses, roller blades, and many more.

Stage crew members often become family and they will have nicknames for each other. Also, they are often in charge of babysitting for the cast, which includes waiting to their every need and searching for their props when they loose them.

Overall, stage crew is amazing so if you’re thinking about joining the play, join stage crew instead. They have SO MUCH MORE FUN than the cast. So join crew.

*WARNING: Membership in the Stage Crew organization, which is a subsidiary of the Drama Club, may and most likely will result in fatigue, sleep deprivation, temporary and/or permanent insanity, an inexplicable urge to form close bonds with tools, and a perpetual sense of impending doom. 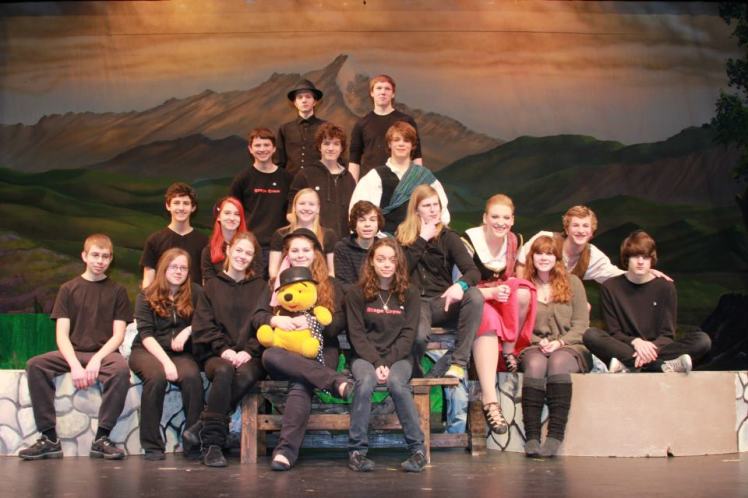