With only a few short weeks of rehearsal until opening night, Homestead’s Fine Arts department is working feverishly to mount their rendition of Rodgers and Hammerstein’s beloved musical Carousel. William Toney and Grace Bobber, junior, portray the lead roles of Billy Bigelow and Julie Jordan, a couple who fell in love beneath the glimmering lights of Mrs. Mullins carousel, but are now struggling to make ends meet. Jonathan Bartlett and Maggie Collins play the contrasting couple of Enoch Snow and Carrie Pepperidge who have happiness, family and money.  Between cast, crew, and pit orchestra, Carousel is truly a group effort, with over 100 students involved.

So come one, come all, and meet the incredible artists who have created the production! 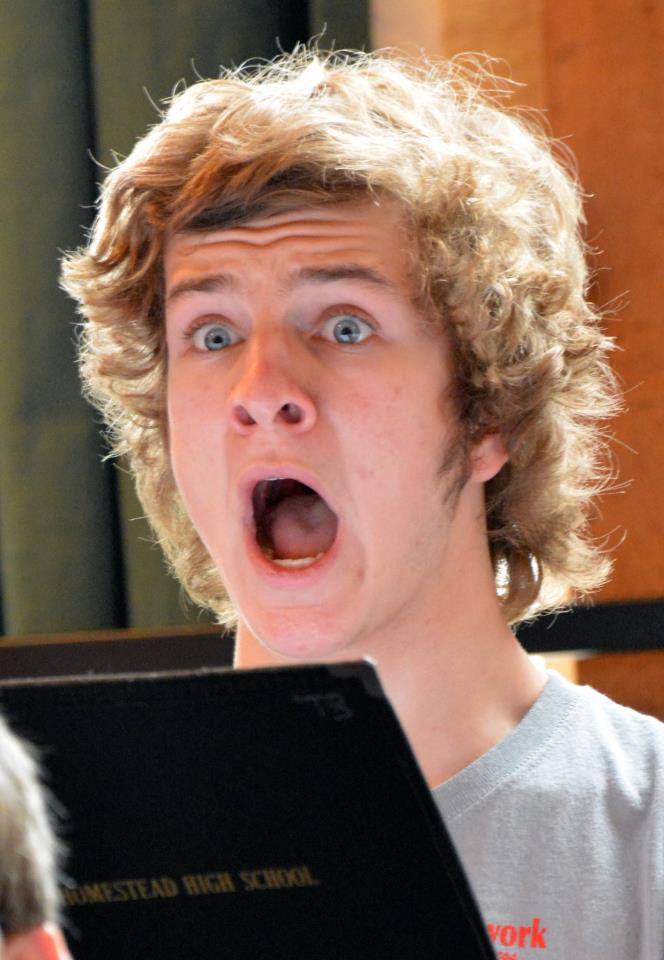 Even as a junior in high school, Jonathan Bartlett is already looking to leave his mark on the music industry. As an avid musician, singing is just one of the many talents included in his repertoire. This being said, it is no surprise that he portrays one of the lead roles in Carousel, Enoch Snow.

To be perfectly blunt, Bartlett said, “I do not like my character. He is stuck up, but he means well. He thinks he is in control of everything and needs it to be a certain way.”

Bartlett admits that his character is challenging to portray because Snow’s natural tendencies are very far removed from his own. “This is the first role I have had where I have to delve pretty deeply into my character to accurately portray him onstage,” he said. “I am not used to being someone else so I am learning in the process.”

As an upperclassman, Bartlett has also taken on the challenge of being a leader. “I am not necessarily comfortable with the notion that I set an example for others and find it quite difficult at times to stay focused on the work at hand,” Bartlett said.

Challenges aside, Bartlett is looking forward to presenting a polished show come opening night. “I really like performing, and to show people a well-put-together performance that we have been working on for months is a very rewarding experience,” Bartlett explains, “and the rush that comes with opening night is almost unmatchable.”