Fast forward two and a half hours.  The lights in the auditorium flicker on and the audience instantaneously breaks into a raucous applause and a standing ovation.  But most of the audience isn’t clapping for the thirty-member orchestra.  Instead, they focus their attention on the stage, where the singers and actors take their bows.

While the pit orchestra doesn’t put in exactly as much time into the production as the cast does, the dedication from all members of the pit is worthy of praise.  Year after year and musical after musical, the Homestead Pit Orchestra pours hours of hard work and practice into crafting a successful show.  The orchestra rehearses for nearly two months, meeting for around three hours a week in late December to early February.  The rehearsal length increases until the ominous “hell week,” when cast, crew and pit members stay at school rehearsing until 9 p.m. 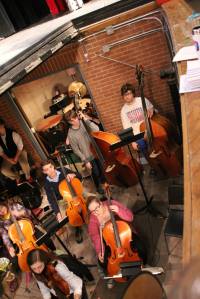 Additionally, pit musicians in musicals usually have to learn more music than the singers themselves.  For an orchestra member, a typical show consists of a 50-page book of music filled with difficult key signatures and virtuosic runs.

Lastly, members of the orchestra face a challenge nobody else is subjected to: spending hours in the pit itself.  For those who have never dared to descend into the dark and cramped performance space underneath the stage, be warned: it smells.  And orchestra members must perform to their highest ability for over two and a half hours within the claustrophobic, odorous and damp pit.

For the countless hours spent practicing and the capability to put up with the depressing conditions of their performance space, the pit orchestra should receive just as much admiration as the cast.  Please come down the edge of the pit, look down, wave and tell the Pit they are amazing.  And when you applaud for the performers you see, think about the performers you cannot see! 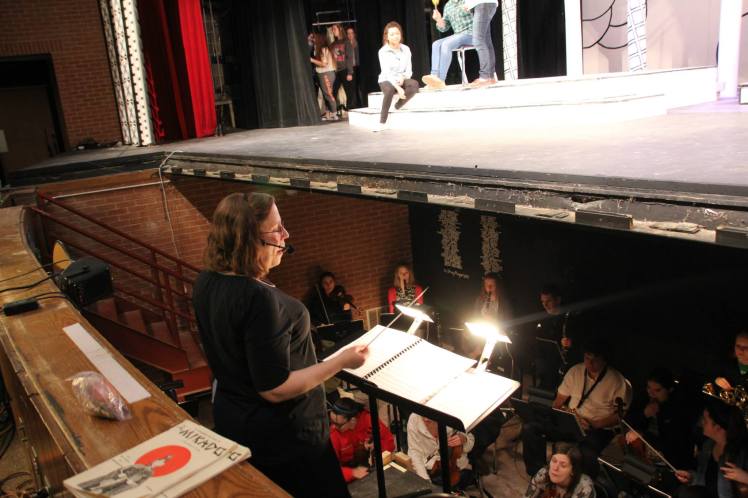