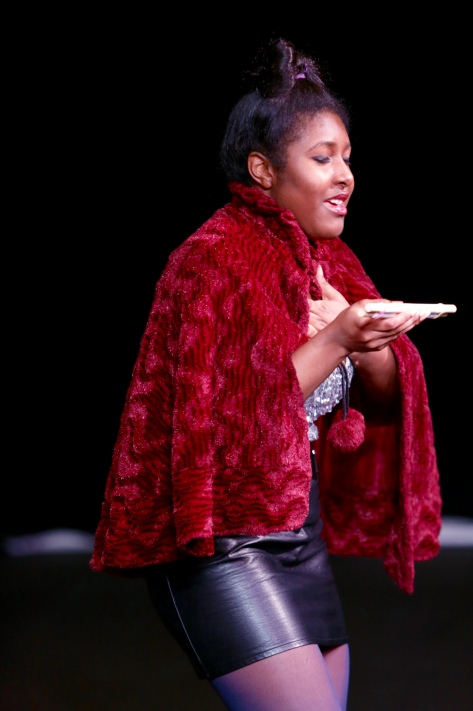 In Shakespeare’s play when you say “that,” you’re suppose to point, and when you say “this” you touch what you are talking about, and for “we,” you go to the person who you are talking about, also the funny part about that is some people do it in a really expressful way which makes it funny, and you cross to the person who you are speaking to in Shakespeare’s plays.

The part I played in Shakespeare play is Maria in 12th Night, and I played Peter in Romeo and Juliet, and a jailer in Comedy Of Errors. My favorite part was playing Maria in 12th Night because I got to play a women and I’m proud of being a young woman, also when I play Peter in Romeo and Juliet I like how I said anon because how I did it, it was funny, and being a jailer in Comedy Of Errors I didn’t know if I was a girl or a boy, but I just wanted to be a girl jailer because I’m proud of being a girl.

What a great crew, they were on fire this week!
Opening night is tomorrow and the cast and crew cannot contain their excitement! We hope to see you all at the shows!
One more rehearsal until opening night! The cast and crew are beyond excited to show you all the show they put together!
Are you ready for this weekend?!
Come see “As You Like It” this weekend at HHS. Friday and Saturday at 7pm and Sunday at 1pm. Tickets $7-$8
What a wonderful first day of tech for As You Like It! 4 days till opening night!!