Hi!  I’m Ashley Bruno and I’m a Junior at Homestead.  Some of my interests include theatre and competitive dance.  I love performing!

I’m so glad you decided to tell people about yourself and the current Homestead fall play.  What exactly do you do for James and the Giant Peach?

I play Silkworm, one of the insects on the giant peach.  I’m having a lot of fun learning aerial work for my character!

What brought you to join the cast, crew for James and the Giant Peach?

I started off in makeup crew freshman year.  Then, last year, I decided to start auditioning for the plays.  I was in MacBeth last year and I loved it! Homestead’s Theatre Department is a unique and incredible environment.  Everyone is super sweet and supportive, and through theatre I have found an amazing group of close friends. I was eager to continue to be a part of this.

Do you have any stories from rehearsals, practices or crew sessions?

During the tumbling sequence after Centipede (Jack) detaches the peach from the tree, Spider (Ayelia) and I do a partnering roll standing up.  Spider was supposed to roll over my back and land on her feet again, but I was standing too close to the hammock. Her leg got caught in the hammock and she was jumping around trying to get free until she finally fell out.  Neither of us could stop laughing!

All art comments on something or aligns itself with current issues.  How does James and the Giant Peach comment on current social or political issues and has it influenced you this fall?

While James and the Giant Peach is a fun adventure story with aspects of comedy, I think it also comments on relevant social issues, such as acceptance.  For me personally, the largest take away from this story is the importance of finding your safe place with the people that will always be there for you and have your back no matter what.

What do you hope the audience will be thinking about in the car as they drive home after this show?

I hope they enjoy the show and think about the ways it could influence their own lives as well.

What’s one thing that is different in the rehearsal process for this production than anything we’ve done before in the Homestead Theatre Department?

One thing we did that I noticed was different was character building.  We walked around practicing interactions and greetings keeping in mind the various traits of our characters.  It was both interesting and helpful to consider how characterization could influence the way we would greet each other.

James and the Giant Peach is a story of imagination and childhood perspective. Does being in this show bring back any nostalgia or childhood memories for you?

This show brings back memories of playing pretend and going on “adventures” when I was little. 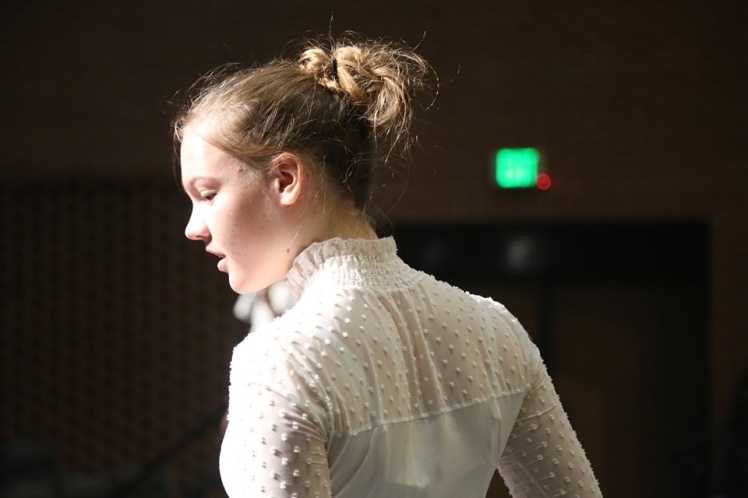