College Essay Question: The lessons we take from failure can be fundamental to later success. Recount an incident or time when you experienced failure. How did it affect you, and what did you learn from the experience?

Oscar Wilde said, “Beauty is a form of genius – is higher, indeed, than genius, as it needs no explanation,” This insight holds true to the beauty of performing arts, and especially to my proudest contribution to high school theater, “Fall of Orpheus”. 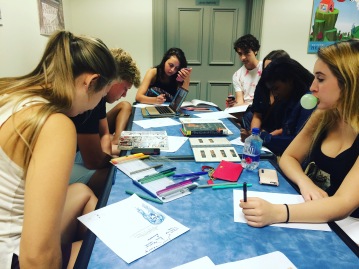 It started in late July of this year when my One Act competition class decided that we wanted to devise our own show. From that moment the art itself began to stir, as if it was alive and we were all subject to be controlled by a powerful force – – our creativity. One night, scripts were drafted, and costumes sketched. Then, I, the composer, had several premises for the show evolving on the piano.

We hit the ground running in July, and we kept running all the way through the first two competitions. The show itself was nothing like we had imagined. I suppose it would be like watching a child of yours grow up, if it were raised by twenty other people that is. Our show consisted of 15 PVC door frames, two pieces of 6 foot tall scaffolding, 15 actors, 6 crew members, 1 mediator and 22 directors. It had been a combined effort since day one.

Rounds one and two were a breeze; we had thoroughly impressed the judges and ourselves. However, little did we know that everything was subject to change. As the composer I had made it through approximately 10 recording of the same song. Orpheus’ song went from a string arrangement, to a contemporary piece without skipping a beat. In the end, it was a song that started solely with guitar and evolved into a complex work of voice, cello, and violin to be sung by the cast. Still, the song itself felt raw; it was lacking some element to give it a hint of intent. It wasn’t until the state competition that I realized what this element was.

Although they may be convincing, a crying actor feels no sadness. That was what I had realized upset me most about my song being sung by an actor. Everything I wrote seemed invalid, devoid of any emotion, because quite simply it was. Time after time, I felt as though my music was failing not only myself but the cast too. Even, the day of our final competition I called our cast early to the hotel lobby to practice. This did nothing for my confidence. But, it was that afternoon during the performance that I realized my failure. I failed to understand the beauty of live theater, until it unfolded six feet in front of me. It seemed as if the breath of those watching was violently pushed out of them, and their hearts were in the hands of the actors. The emotion I had been seeking for over four months was given to me from a character that had never showed up to rehearsal – – the audience. During that performance I could hear laughs, gasps, cries, “oh no’s,” and sobbing from the audience. It felt for the first time as if I were able to see the true emotion of the art unfold before my eyes, like an audience member. It was as if the fourth wall had dissolved and everyone, stage or stadium, was one in the same. In other words, we killed it. Our judge even cried when he gave us our awards. He said that the world needs more people like us – – capable of lifting others up, especially in times like this. 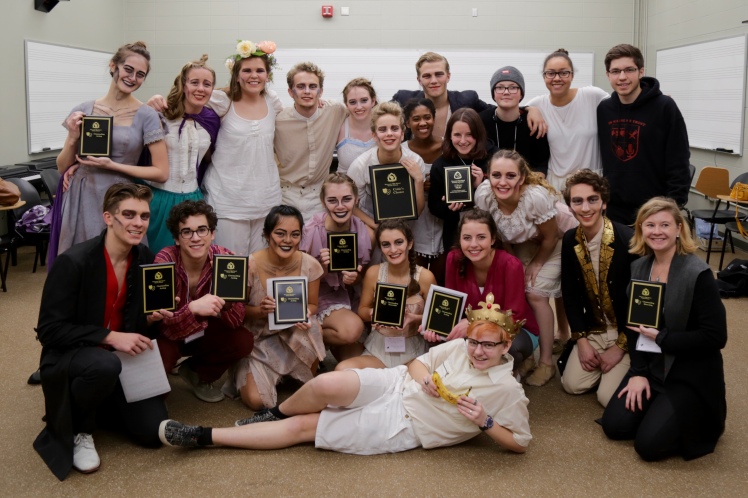 This experience taught me that the real beauty of performing art is that it is momentary. It happens and then it doesn’t. It is the most accurate representation of our existence that we have because it is fleeting and forever changing, just like people. All the emotion is there, we just have to know where to look for it. Even as a cast, we will take our awards home and suddenly they will be meaningless, because nobody will witness the true beauty of what occurred in that theater ever again.

Last day of spring break! Stage crew got a ton done, and we’re so excited for the actors to see the set for the first time!!!
Look!! Walls are going up!!!
Working hard over Spring Break! Anyone can come help 5-8pm Wednesday and Thursday this week.
Playing with what hip hop dance is and if you need the music to make it that dance style. Thoughts?
Stage crew hard at work building our set for “You Can’t take it with You.”
@ben.usatinsky trying to play a dead body...