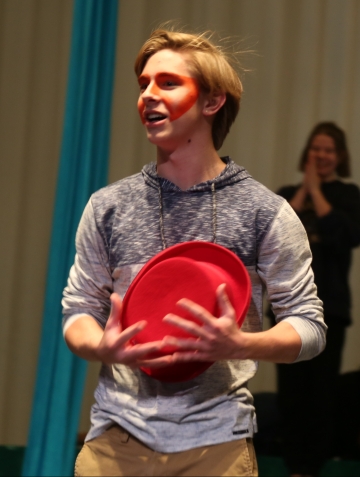 Welcome to Jack Cannon’s Meet the Artist.  This is a special addition because Jack has carefully avoided doing one of these for three years.  But, I’ve finally cornered him!  So, here we go, the interview!!  What is your name, who do you play in The Little Mermaid?
My name is Jack Cannon and I play Sebastian, the most musical crab I’ve ever heard of.

What brought you to audition for The Little Mermaid?
I auditioned for this show because I love being in the musicals, acting, singing, performing in general.  Performing live on stage in front of an audience is the greatest feeling in the world, and I never want to stop. 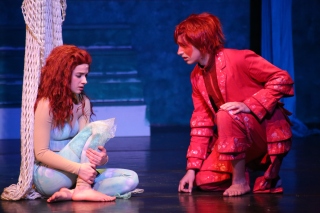 Did you want to be Sebastian or were you surprised to be cast as him?
I originally auditioned for the role of Prince Eric, with Sebastian as my second choice.  I wasn’t very surprised when I saw the cast list, however, because JT fits the role of Eric quite well, and I like to think that Sebastian is a great role for me.

What do you love about Sebastian?
I love this character because he has a great love for music, whether it be composing or performing, and I get to act like a crab!

Besides Sebastian being the second biggest role in the musical, what’s the biggest challenge about taking on this role?
One of the biggest challenges taking on this role was learning to do it without the Caribbean accent.  Even though I was mainly auditioning for Eric, I was called back for both of the roles and I had also prepared my accent to read Sebastian’s’ lines with.  Some of the lines in the script are very obviously written for that specific dialect, so I had some difficulty memorizing them and speaking them without the accent. 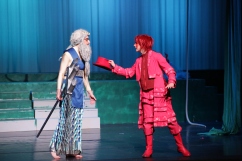 I agree I found myself reading your lines in the Caribbean accent as well.  But, you have definitely risen to the challenge and created an amazing Sebastian.  So, besides yourself, which actor in this production is going to blow people away?
I think that Bella Gabor and JT Snow will both blow the audience away with their acting, dancing, aerial work, and most of all their singing.