Hardly anyone remembers Alice Guy-Blaché, the first female movie director. Now filmmaker Pamela Green—who calls Guy-Blaché the Mark Zuckerberg of her time—is on a mission to get Alice’s story on the silver screen.

She wrote, directed, or produced more than 1,000 films. At age 23, she was one of the first filmmakers to make a narrative movie. She pioneered the technology of syncing sound to film. She created the first film with an all African-American cast. And she was the first woman to build and run a film studio.

Any idea who she is?

If not, you’re far from alone. A majority of people—even Hollywood directors, actors, and producers—have never heard of her. 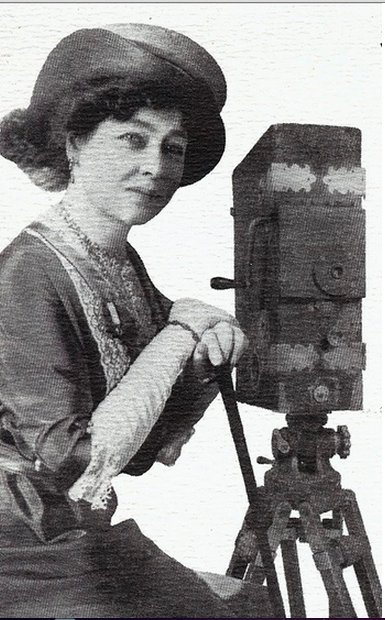 From 1896 to 1906 Alice Guy-Blaché was probably the only woman film director in the world. She had begun as a secretary for Léon Gaumont and made her first film in 1896. After that first film she directed and produced or supervised almost six hundred silent films ranging in length from one minute to thirty minutes, the majority of 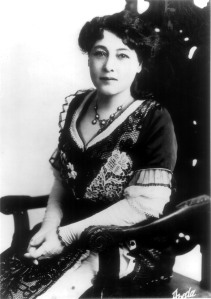 which were of the single-reel length. In addition, she also directed and produced or supervised one hundred and fifty synchronized sound films for the Gaumont Chronophone. Her Gaumont silent films are notable for their energy and risk-taking; her preference for real locations gives the extant examples of these Gaumont films a contemporary feel. As Alan Williams has described her influence, Alice Guy “created and nurtured the mood of excitement and sheer aesthetic pleasure that one senses in so many pre-war Gaumont films, including the ones made after her departure from the Paris studio”. Most notable of her Gaumont period films is Vie du Christ (1906), a thirty-minute extravaganza that featured twenty-five sets as well as numerous exterior locations and over three hundred extras.

Alice Guy met English cameraman Herbert Blaché while filming a movie on location in Europe.  The two married in 1906, and soon after their wedding, went to New York to run Gaumont’s American office.  The move appears to mean that he followed her established career with Gaumont, not vice versa, but he headed its New York office while she bore their daughter. Simone.

When she returned to the movie scene two years later, Guy-Blaché opened her own studio, Solax, in 1910.  Her husband still was running Gaumont, and they moved in a world of exciting innovations and innovators.  As president of Solax, she would write, direct, and/or otherwise contribute to the production of more than 700 films.  At its height, Solax produced an average of two films a week.  Of course they were short, with most running about ten minutes, and like all films of that era, lacked quality sound.  Yet Guy-Blaché was so talented that she managed to develop complex plots in that short, silent time. It was commented on in publications of the era that Guy-Blaché placed a large sign in her studio reading “Be Natural.”

The Cabbage Fairy (aka La fée aux choux) is the oldest surviving film directed by the world’s 1st female filmmaker, Alice Guy-Blaché. The short references a folk tale regarding the origin of babies, not unlike the delivery stork, and pre-dating Cabbage Patch dolls by about 80 years.

In 1930, Léon Gaumont published the history of his company with no mention of any production history before 1907. This upset Guy, prompting her to write a letter to Gaumont, after which he agreed to change the documents. However these changes were never published.  Although Alice Guy Blaché has been omitted from most American film histories, her contribution to the industry merits recognition:  she was one of the first people to experiment with sound technology in films, and she made “talkies” long before the first “official” talkie in 1927.  She also developed distinctive techniques that made her films identifiable as her own.  She was one of the first directors to use deep-focus photography, and her movies were highly theatrical, with lush and expensive sets.

Arguably, Guy-Blaché changed the format of filmmaking forever. “We think of her as like a Mark Zuckerberg,” Green says. “The technology was there, but she took it further by figuring out a way to connect with the audience through her storytelling.”

She was active in France from 1896 to 1907 and in the United States from 1910 to 1922, Green says. And by utilizing a narrative technique, Guy-Blaché was able to accomplish something completely unique for the time.

“She understood that telling a narrative story in film was going to require following the perspective of a singular character, and it took a good 10 years for other filmmakers to figure out exactly what she did,” Alison McMahan, a filmmaker and film scholar, says in one of the movie’s Kickstarter videos.

The film’s title, Be Natural, reflects what Guy-Blaché told her actors when directing them—to “act natural,” which was dramatic for the time. She even had signs with the mantra in Solax studios, Green says.